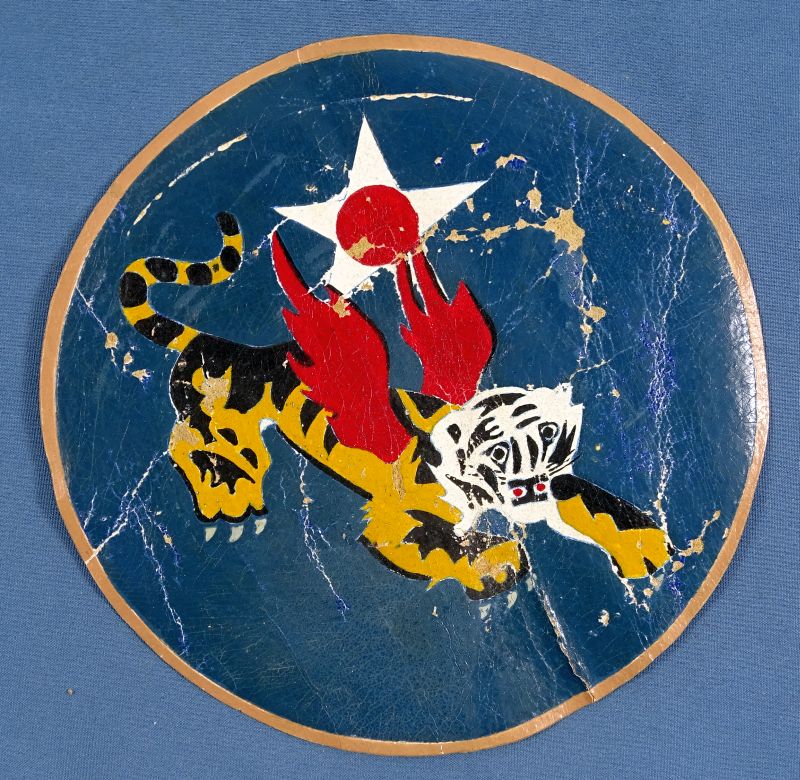 Approximately 4 1/2 inches in diameter. The patch displays the first version of the 14th Air Force patch, on which the tiger is moving to the viewer’s right. It was quickly realized that, in the language of heraldry, movement to the right is a position of “retreat”. As a result, the patch was quickly redesigned to turn the tiger to the position of “attack”. There are no holes on the edge of the patch to suggest that it was ever sewn to a flight jacket. The paint on the patch shows some wear. On the back of the patch is the notation in pencil of “14th Air Force Flying Tigers”.