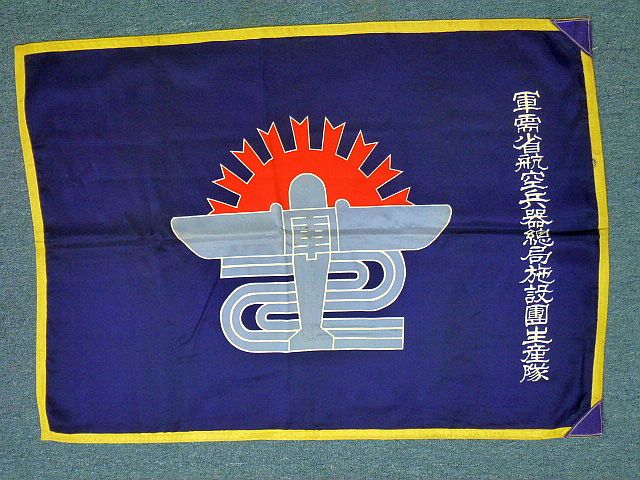 An exceptional flag, approximately 27 by 38 inches in size, in dark blue silk with gold lace border. The flag is double sided and features the design of an airplane against the rising sun, and on the body of the plane is the stylized kanji for “Military”. There is kanji printed on the flag which identifies it as the flag of the “Directorate General of Air Weapons”, Facilities/Installations Production/Manufacturing Corps, within the Ministry of Munitions.
The flag has two reinforced corners but it has no ties and does not appear to have ever had them. The flag is in wonderful condition and is truly impressive.

A Japanese website provided the following statement about the Directorate General of Air Weapons in World War II: