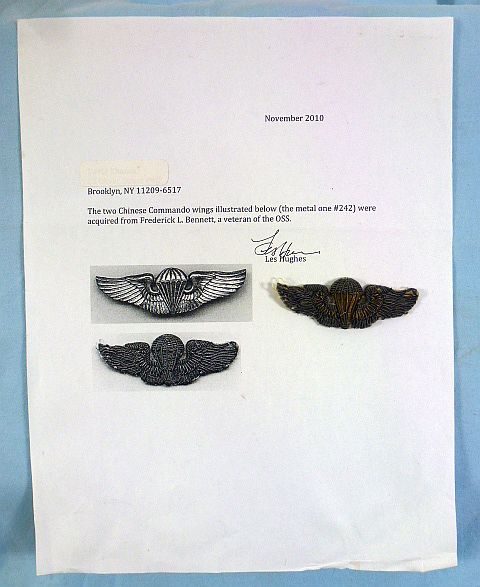 A bullion Chinese Commando wing with a copy of a letter of November, 2010, from noted Special Forces insignia collector and author Les Hughes. The letter was written by Hughes to a collector and it attests to the fact that two wings, which are both pictured on the letter, were acquired from OSS veteran Frederick L. Bennett. One of the wings pictured on the letter is this bullion Chinese Commando wing. The wing was removed from a uniform. The bullion is darkly toned and is in very good condition.