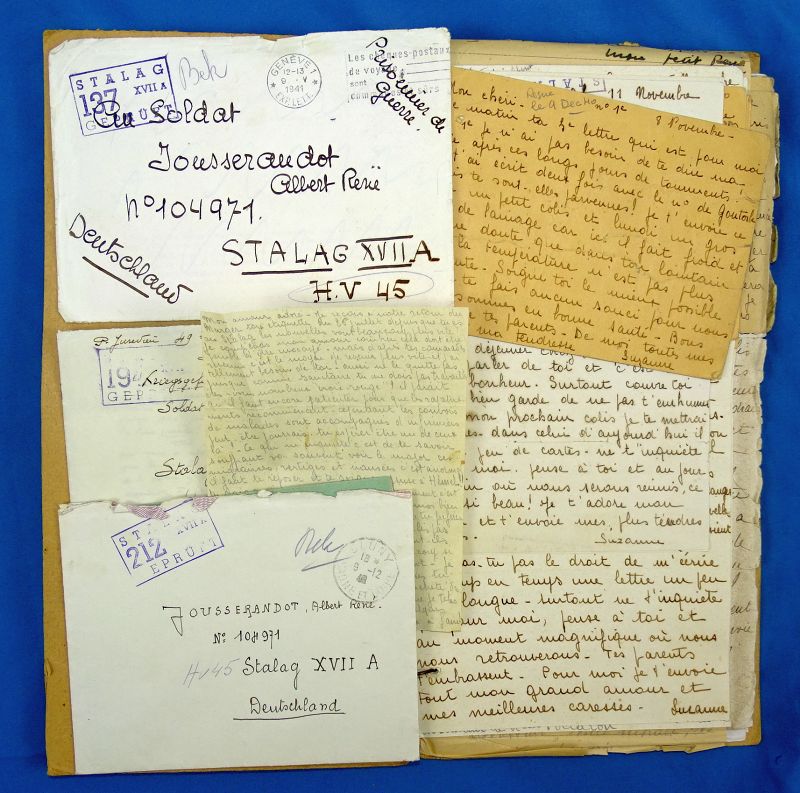 The album was clearly made in a German prisoner of war camp by French soldier Rene Jousserandot, who was most likely taken prisoner in the Battle for France in 1940. The album contains dozens of pieces of correspondence French language written to Jousserandot in 1940 and 1941, with most having been written by Suzanne Jousserandot, undoubtedly his wife. The correspondence takes various physical forms, with some being letters written on stationary and mailed in envelopes, while other pieces are examples of “prisoner of war mail”, written on single, pre-printed sheets that are folded and addressed to be mailed without the need of an envelope. The soldier acquired two long pieces of cardboard for creating covers to the album and he used three metal rings to pierce the correspondence and the covers. Approximately 5 3/4 by 12 inches in size.