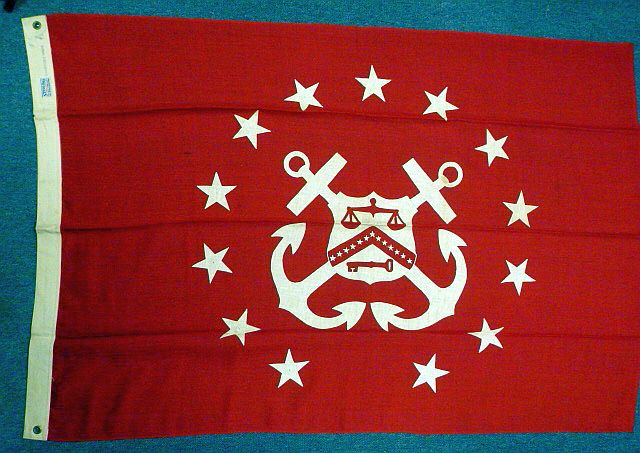 Red wool flag with separately applied stars and emblem of the Undersecretary of the Treasury. Approximately 44 by 64 inches. During the Second World War the Undersecretary of the Treasury was the number 2 position at the Treasury Department and, as such, the individual in that position would have been heavily involved with wartime economic planning. The hoist is marked “Sterling” wool bunting, which identifies it as a product of Annin and Co., of New York. “Sterling” was their brand name for one of their grades of wool bunting. The flag has some minor spots that reflect its actual use, but it is in overall very good used condition.