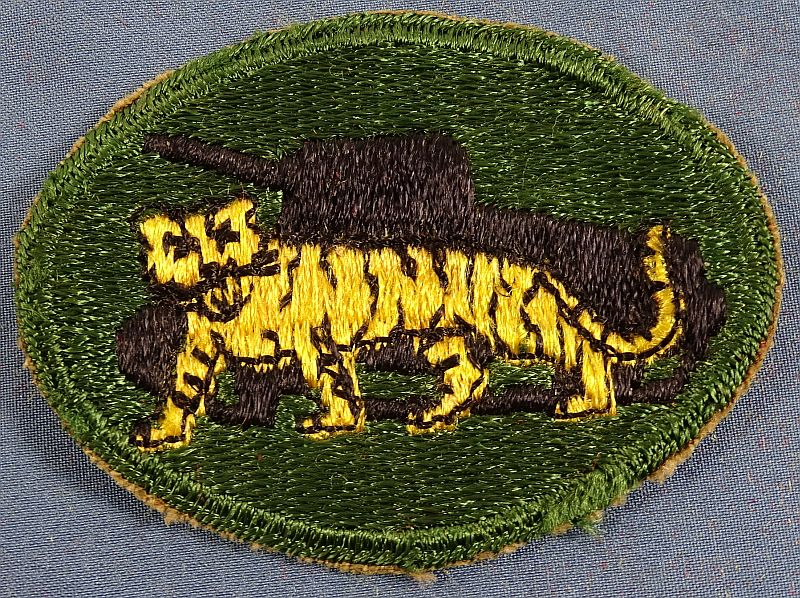 A scarce patch that was created by the commanding General of the 10th Armored Division in World War II to recognize selected soldiers in the Division who had demonstrated proficiency and who had completed a course that challenged them both physically and intellectually. Unused condition. The patch does not fluoresce under ultra violet light. This patch was one a part of a quite old patriotic display of American shoulder sleeve insignia of the Second World War. The patches in the display were mounted on large, felt covered panels, and the patch is a bit stiff from display and it may have remnants of gold or blue felt on the reverse.