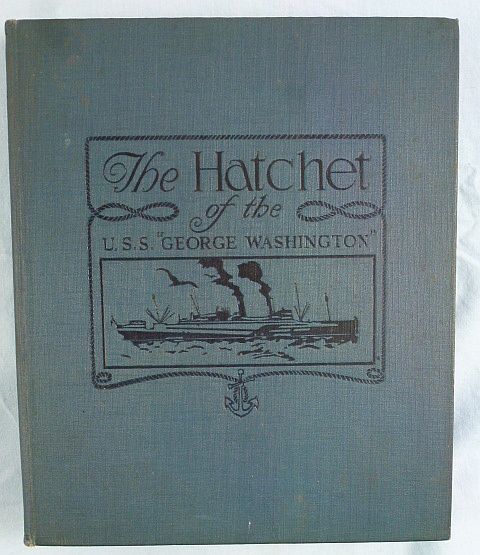 Hardcover, 273 pages, 8 by 9 1/2 inches, published 1919.
The “SS George Washington” was a passenger liner built in 1908 for the Bremen-based North German Lloyd lines. In World War I the ship was confiscated as enemy property and converted into the “USS George Washington” (ID-3018), a troop transport ship. The ship also transported President Wilson to France for the peace conference at the end of World War I. The ship published a daily 2 page newspaper, “The Hatchet”, and this volume collects the editions of “The Hatchet” published on board from February 21, 1918, through December 12, 1918. The book also includes copies of the letters of commendation awarded to the ship, a history of the ship, passenger lists, dates of voyages during the war, and photographic illustrations. The book is in very good condition.