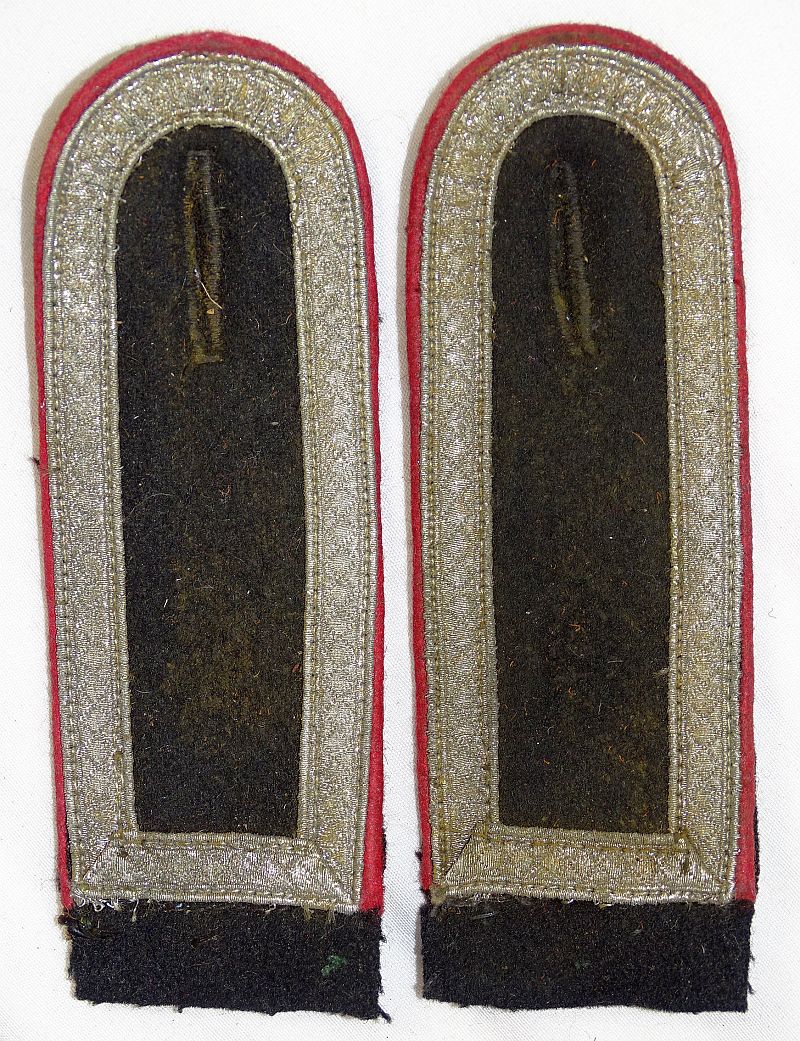 The black wool shoulder straps are bordered with silver, diamond patterned tresse, and trimmed with branch of service waffenfarbe. The straps are soiled from wear, and certainty with German waffenfarbe is sometimes problematic due to alterations in color from age and wear. The waffenfarbe on these straps does not appear to be the bright red of the artillery branch nor the rose pink of the panzer branch, but instead, when examined in hand, it appears to be the Bordeaux red of the Smoke Troop units. The straps show signs of wear and age buy are in very good condition.