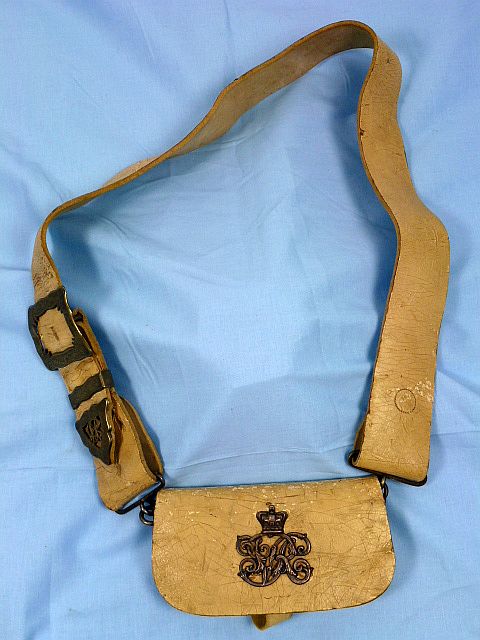 White enameled buff leather cartridge box and cross belt, the belt with German silver metal adornments and the box with the German silver metal monogram of Queen Victoria. The monogram is that of “VR”, which was used prior to 1877, when Victoria became Empress of India and her monogram was altered to “VRI”. The belt and box show age, with some flaking of the white enamel and age crazing, but the set is in overall very good condition.