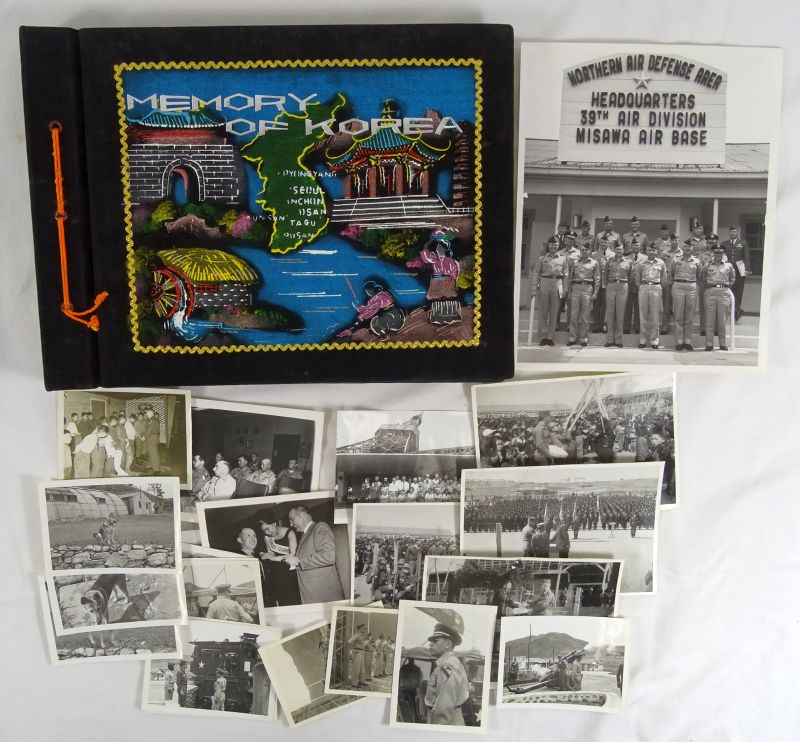 The unused album measures approximately 10 by 14 inches in size. The album includes two large photographs, one of which shows the  officers serving with the Headquarters of the 39th Air Division in Misawa, Japan, circa 1963. The group also includes 26 smaller photographs that were presumably intended to be placed into the album, these showing U.S.Army personnel, with the shoulder insignia of the 1st Cavalry Division clearly visible in a photograph of a senior officer.