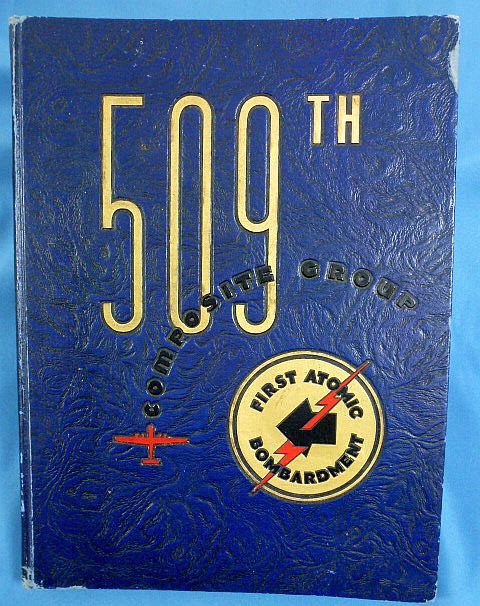 The history of the 509th Composite Group, which carried out the bombing missions against Hiroshima and Nagasaki to end the Second World War. Hardcover, pages unnumbered, approximately 9 1/4 by 12 1/4 inches. No specific publication date, but obviously published overseas shortly after the end of the war, with the title page carrying the statement: “Written and published by and for the members of the 509th Composite Group Tinian 1945”. The volume contains text and photographs. The 509th, under the command of Colonel Paul Tibbet, was created specifically to carry out the atomic bomb missions. The volume contains photos of members of the group by unit, including photographs of the aircraft and their crews. The “Enola Gay” is included in these photographs. The unit history also contains multiple pages on the Hiroshima and Nagasaki missions. The cover shows some signs of wear but the book is in overall very good condition. A vary rare unit history of the Second World War.