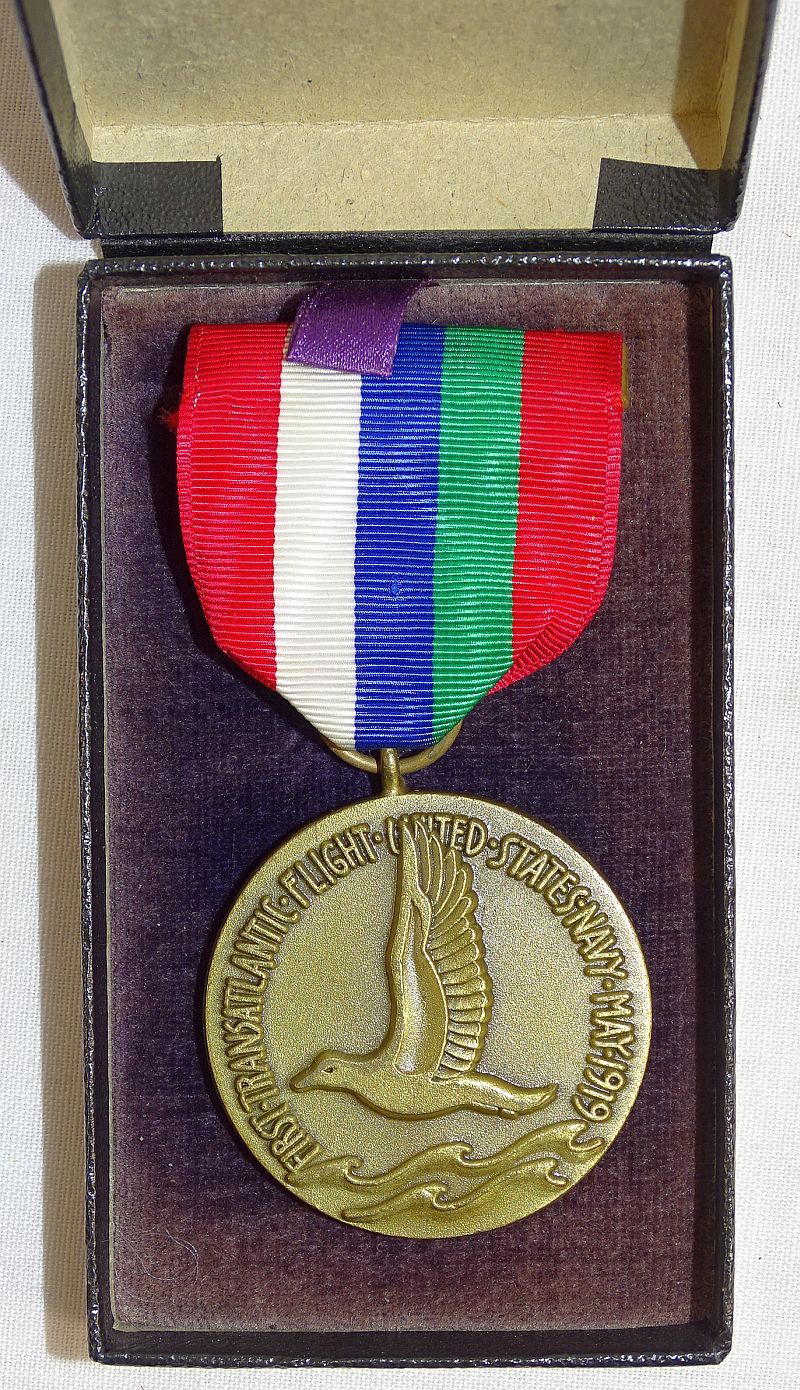 In 1919 the United States Navy seaplane NC-4 made a successful trans-Atlantic flight from the United States to the Azores, and in 1929 Congress honored the crew with a gold table medal of honor. In 1935 a wearable version of the medal was created and awarded to the 7 participants of the flight. This example has a split broch suspension and is contained within a black cardboard box. Excellent condition.