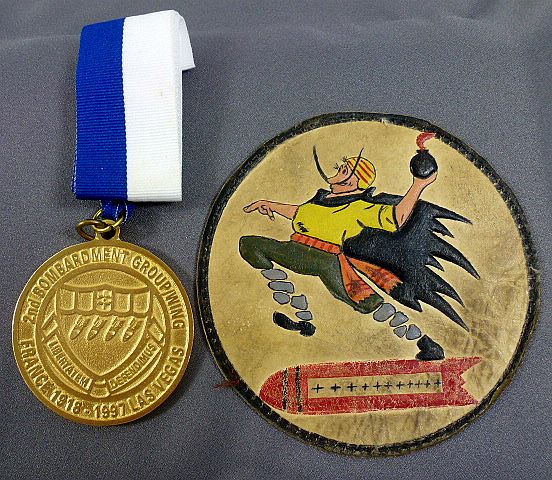 An embossed and painted leather flight jacket patch of the 20th Bomb Squadron, 4 3/4 inches in diameter, theater-made in North Africa. This patch shows the earlier design, before the figure was turned from facing the left to facing the right. The patch was once on a flight jacket and was removed, and it is in very good used condition. The patch is accompanied by a large gilt neck medal for the veterans of the 2nd Bombardment Group, of which the 20th was one squadron. The medal was given to the veterans at a reunion held in Las Vegas in 1997. It is 2 1/2 inches in diameter and is in excellent condition.