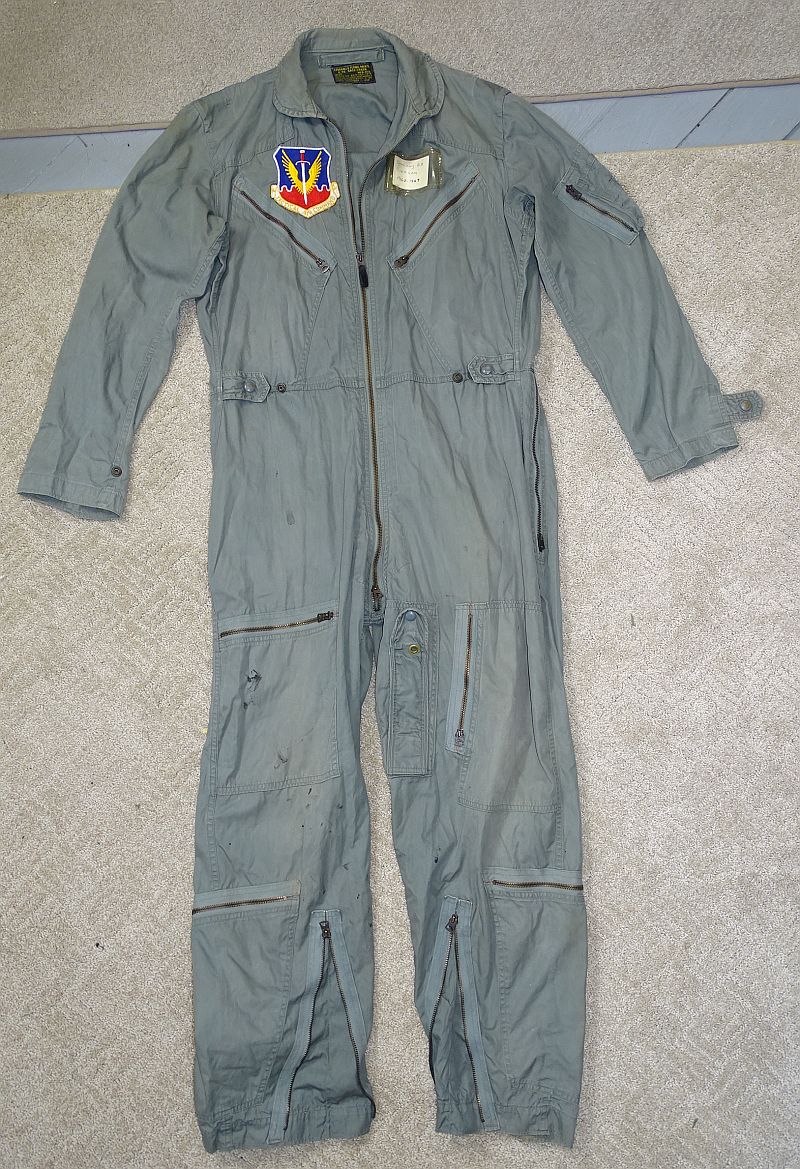 The flight suit had the official designation of “Coverall, Flying, Men’s, K-28, Sage Green”. The flight suit exhibits the large unit patch of the Tactical Air Command on the upper right breast. The suit shows spots from wear and use, and a section of the material on the bottom of the right leg has been replaced. The shoulders show slightly darker square areas where rank insignia was at one time worn. On the upper left breast is a celluloid envelope within which a name tag would have been placed, and it now contains a slip of paper on which there is a handwritten note attributing the flight suit to use at Da Nang Air Force Base in Vietnam from 1963 to 1967. The interior of the neck retains the full cloth issue tag and all of the zippers are functional.