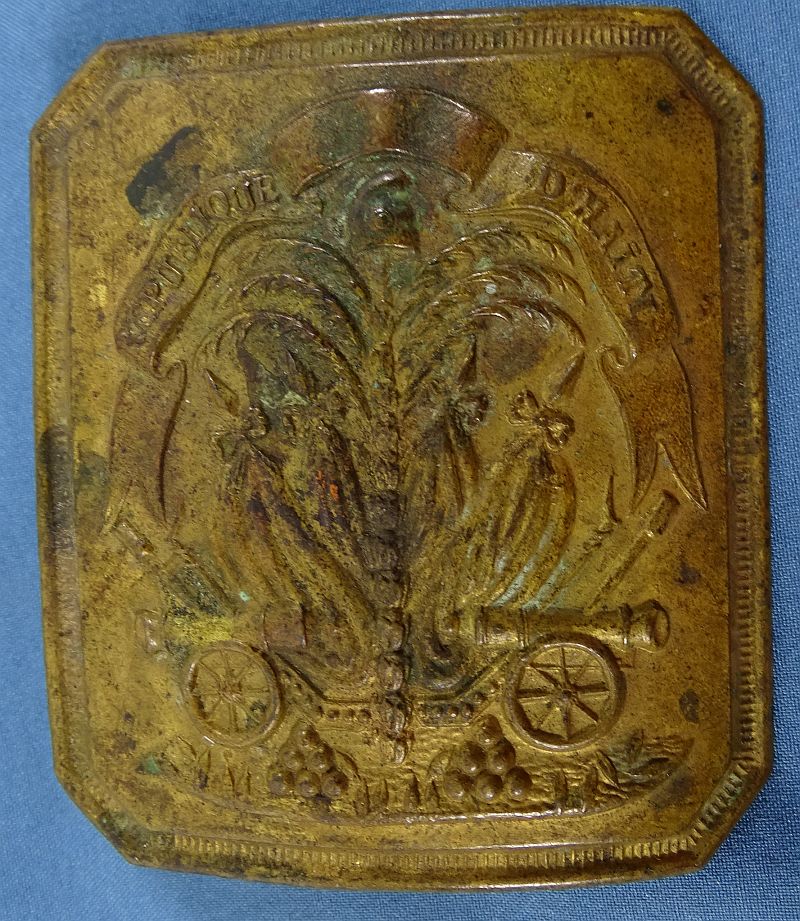 This is a rare belt buckle as worn by United States Marine Corps enlisted men as members of the Haitian Constabulary (Gendarmerie) circa 1916-1920. The United States occupied Haiti starting in 1915 to safeguard American business interests on the island and remained there long after the Paris Peace Treaty of 1919. The buckle reads Republique D’ Haiti at the top over a pair of cannons. Back stamped “A.M. & Cie Paris”.  Item number 32500.