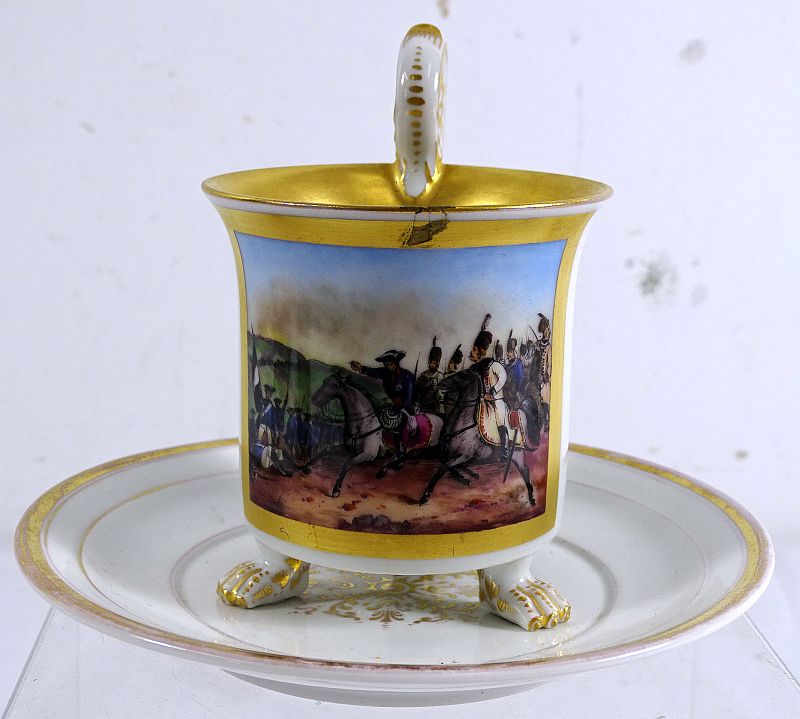 The cup and saucer have an overall height of approximately 5 inches. The cup depicts Frederick the Great and his officers on horseback with their men before them (one of whom has fallen in battle). The cup rests on three claw feet within a saucer. There is a small chip to the front edge of the cup, and some wear to the gilt edge trim of the saucer. The saucer has a diameter of 6 inches. Frederick the Great was an inspirational figure to the Germans in both world wars, and in fact a portrait of Frederick accompanied Adolf Hitler everywhere that he went, including the room in the Fuhrer Bunker in which he committed suicide.