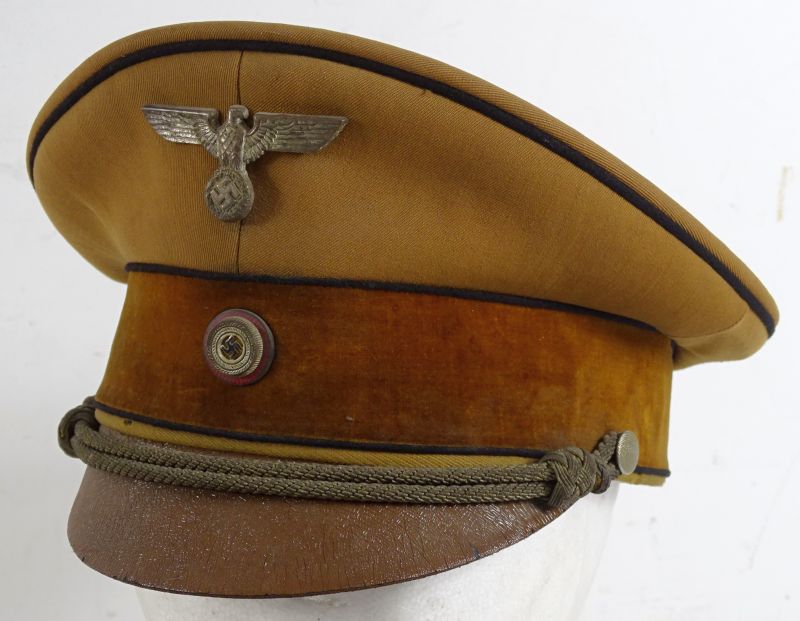 The cap has a fine saddle shape and it is constructed of a golden brown ribbed rayon blend material with a darker brown velvet cap band and both the cap band and the crown are piped in black. The black piping was used for the Kreis level before 1939 and then was changed to white piping in the NSDAP uniform revisions of 1939. The thin brown leather visor shows typical age crazing and the gold chin cord has toned with age. The political leader cockade and the 1937 pattern political eagle both show wear to the silver finish. The cap has a few very small holes around the base that are not at all distracting. The interior of the cap has a full leather sweat band that bears a punched monogram of “HJ”.  The celluloid sweat shield has stiffened and cracked, with a part of the sweat shield missing. The portion remaining bears the designation “Luxus”, a term that was used by several Third Reich cap manufacturers to identify a luxury-level product. Overall the cap is in very good condition.