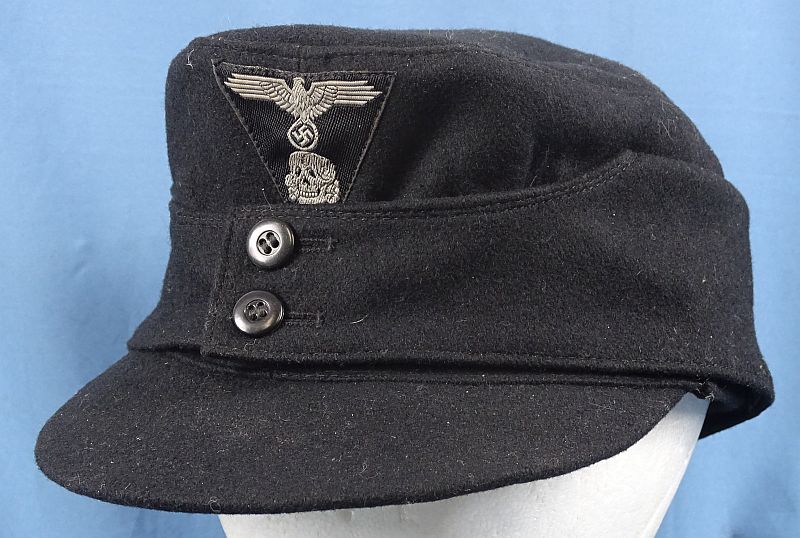 The black wool M43 cap is a classic example of the Waffen SS Panzer M43 caps that were found by liberating American troops at the SS clothing stores depot in the Dachau Concentration Camp. Above the two button front flap closure is the trapezoidal machine woven insignia of the SS eagle and totenkopf. The interior is fully lined in black rayon which bears the size stamp of “56”. Th underside of the visor shows the exposed cardboard stiffener that is a classic characteristic of the Dachau Depot caps. Overall the cap is in near mint condition, showing no real signs of use or wear, and exhibiting primarily storage wear.