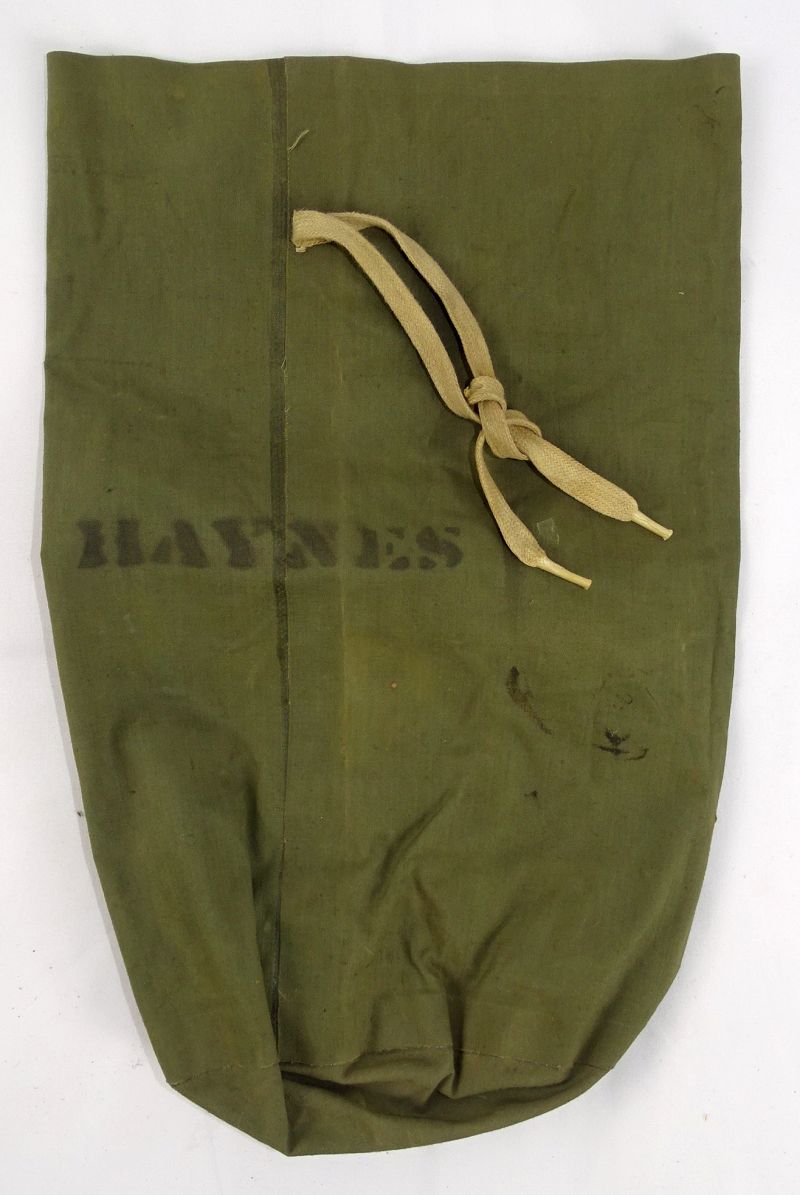 The olive drab waterproof bag is approximately 7 1/2 by 11 1/2 inches. The “Jungle Ration” that was developed by the U.S. Army Quartermaster Corps in World War II was intended to feed four men per day, with the larger ration pack being divided among the men, who would carry the rations in their waterproof bags. The bag is stenciled with the name “Haynes” on each side.