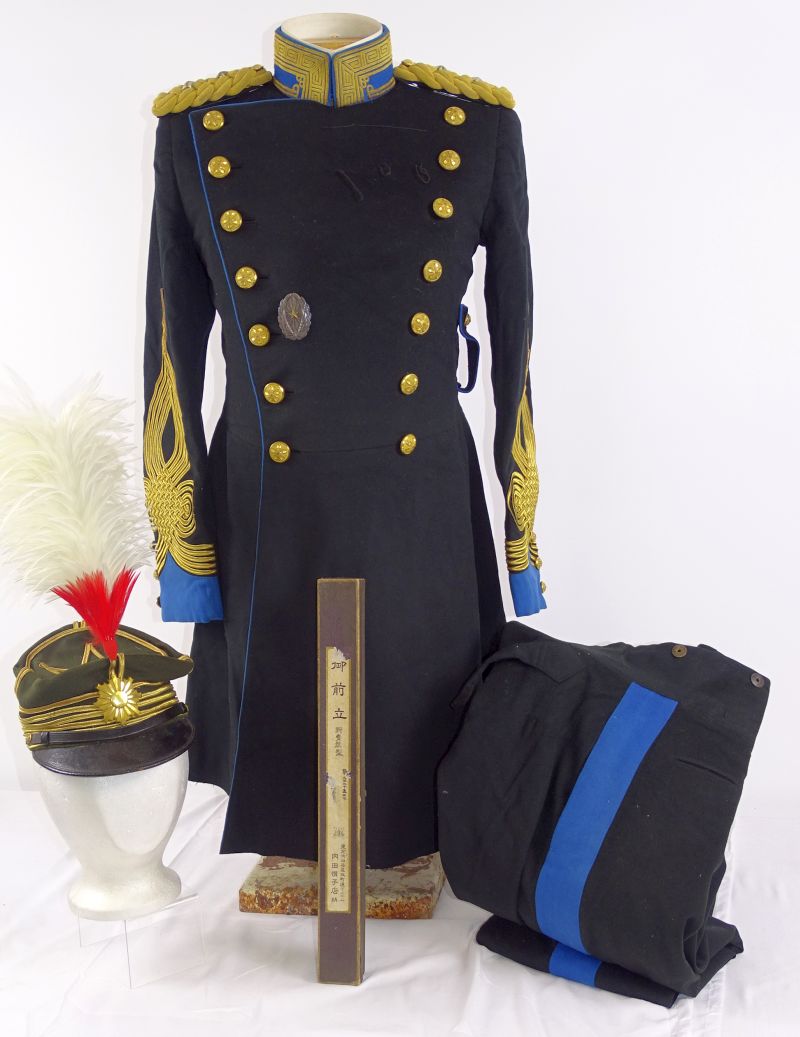 The uniform is comprised of the tailor made full dress frock coat with shoulder knots; the trousers; the full dress cap; and the feather plume for the cap, contained within a protective tube and within its original box. The uniform is in superb condition. There is some relatively light moth tracking on a blue side stripe on a trouser leg that is not distracting. Otherwise the uniform is in exceptional condition and it shows only some dust from storage. The celluloid collar liner remains in the neck of the coat. The interior of the coat carries the label of a Tokyo tailor. The sleeves carry the rank braid of a Lieutenant Colonel, with the royal blue collar and cuffs indicating service in the Japanese Army Aviation branch. On the upper chest are two rows of loops for the wear of a medal bar, with the loops of the lower row being loose. On the front of the uniform is the World War II badge of a pilot of the Imperial Japanese Army, which has a repaired catch. The trousers are piped in the royal blue of the aviation branch. The visor cap shows some fading of the black wool body and typical age crazing to the surface of the visor. The interior of the cap has the embroidered name “Komiya Kazuyuki” [Komiya is the family surname]. Accompanying the uniform group is a contemporary note in Japanese: