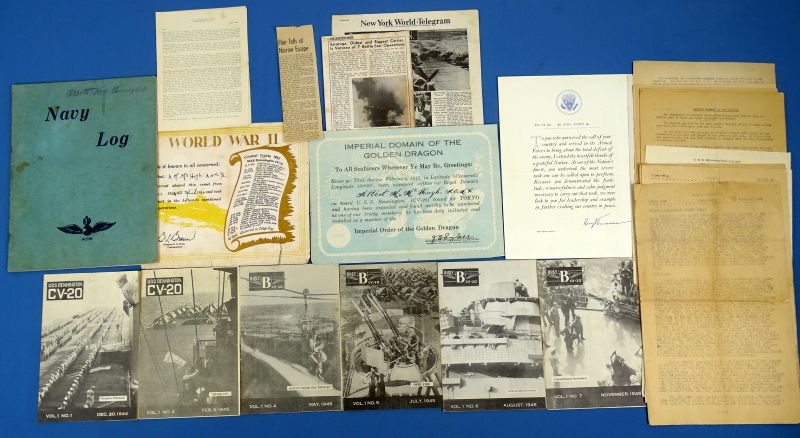 The group is comprised of documents belonging to Albert Martin McHugh, who served on board the aircraft carrier USS Bennington from August of 1944 until March of 1946. The documents include a “Navy Log” book which pictures McHugh and identifies him as a member of Section E of Class G-20; a USS Bennington service certificate, which has a fold line and tears; a certificate for the Imperial Domain of the Golden Dragon; a World War II Harry Truman service accolade; 6 booklets on activities on board the Bennington, published each month, with these being for December of 1944 and February, May, July, August, and November of 1945. The group also includes “Press News” sheets from February of 1945, with news of the time. There are also pre-printed letters, obviously designed to be sent home to family members, reporting on the activities and actions of the Bennington. The documents show age and toning of the paper.