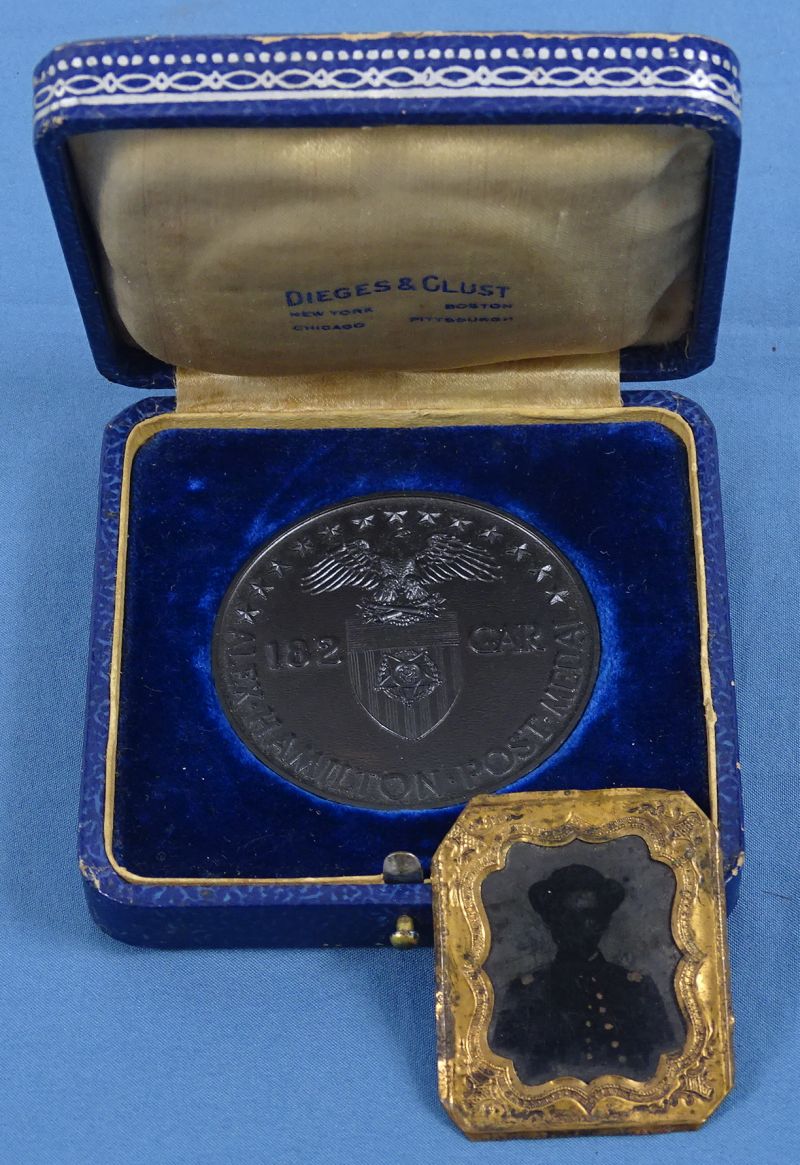 The medal was struck by Grand Army of the Republic Post 182 (“Alexander Hamilton Post”) in New York State, and it was presented to Wilbert R. Staub, whose name is engraved on the reverse side. The medal is approximately 1-7/8 inches in diameter and it is contained within the Dieges & Clust blue leather case. The base of the case bears a label with Staub’s typed name and the handwritten date of “July-1941”. Also inside of the case is a small tintype Civil War photograph of Staub, approximately 1-1/4 inches by 1-1/2 inches. The case shows some relatively minor scuffing.