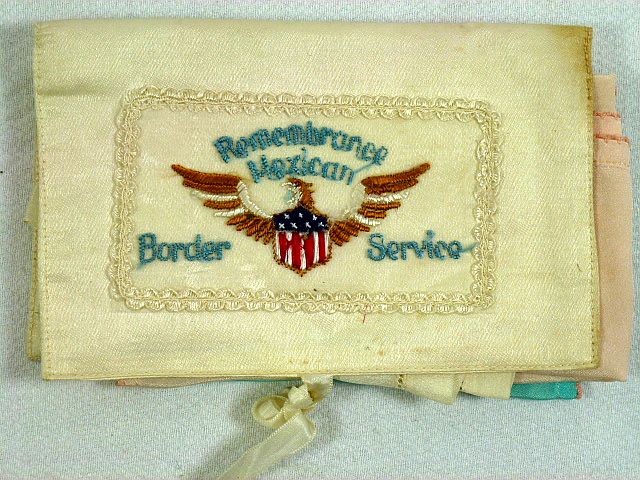 A set of three silk handkerchiefs contained within an embroidered silk folder, commemorating service on the Mexican Border in 1916. Apparently there was a real concern among the troopers who were chasing Pancho Villa that they might be forgotten by the folks back home. As such, there were a variety of items created “down on the border” which could be sent home to family and sweethearts to make sure that they remembered their loved ones in khaki. This set of colorful handkerchiefs was one such item. Another was the extremely curious oversize fake peanut, still in its original mailing box, that is also listed on this site. The silk folder has some scattered spots on the back, but overall it is in very nice condition.