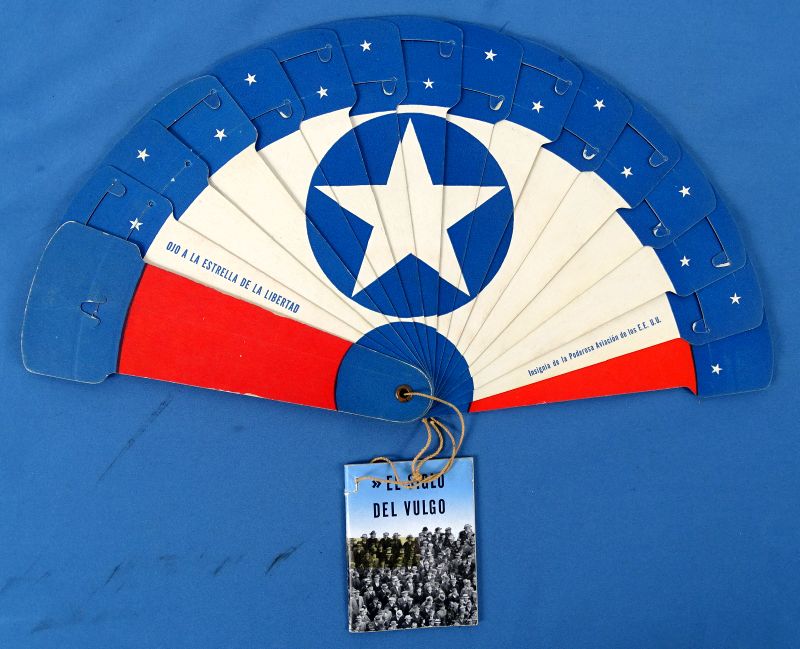 The printed cardboard fan has an American star on one side and an American tank on the opposite side. Tied to the fan is a booklet, titled “El Siglo del Vulgo” (“The Century of the People”), with the booklet attributed to U.S. Vice President Henry Wallace. The items were intended to bolster support for the war effort of the United States in Latin and South America. Both the booklet and the fan show some signs of age but are in overall very good condition.