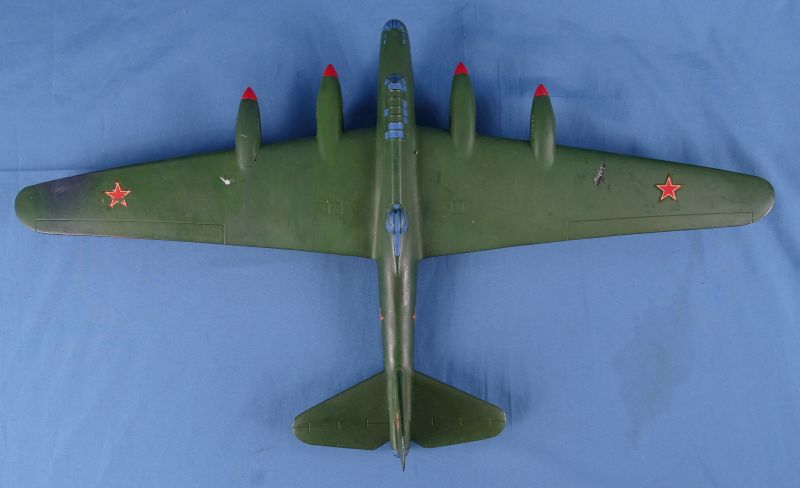 Originally designated the TB-7, the aircraft was renamed as the Pe-8 after its primary designer, Vladimir Petlyakov, died in a plane crash in 1942. The plane was a Soviet heavy bomber designed before World War II, and the only four-engine bomber the USSR built during the war. Produced in limited numbers, it was used to bomb Berlin in August 1941. It was also used for so-called “morale raids” designed to raise the spirit of the Soviet people by exposing Axis vulnerabilities. Its primary mission, however, was to attack German airfields, rail yards and other rear-area facilities at night, although one was used to fly the People’s Commissar of Foreign Affairs (Foreign Minister) Vyacheslav Molotov from Moscow to the United States in 1942.  The model is accurately painted. The model is injection molded black plastic. The model is approximately 12-1/4 inches long, with a wingspan of approximately 21-1/2 inches. The model has some minor spots and scuffs but overall it is in very good condition.