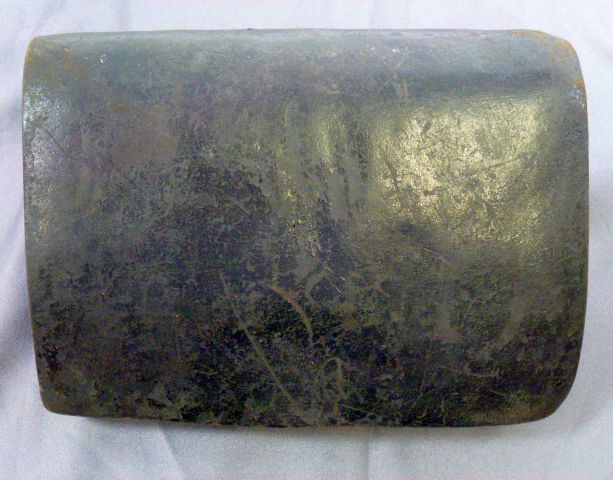 Circa 1830 period. A large black leather cartridge box marked “Schwartz et Herrenschmidt” under the cover. The box is approximately 9 by 5 by 3 inches in size, with an oversized cover. The interior has a wooden frame and the underside of the box has two attached buckles. There is a buff leather strap sewn to the upper rear of the box. There is a leather tongue that was originally sewn to the underside of the cover and which latches to the bottom of the box to hold the cover down. This leather tongue has become detached as a result of deterioration of the threads with which it was sewn to the cover, although it is complete and could be re-attached with little difficulty. Overall very good condition.