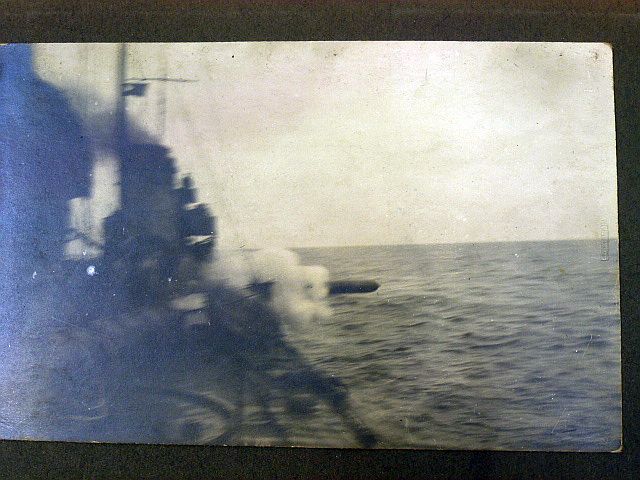 A fascinating photo album that appears to document the involvement of one man with torpedo boats from the First World War into the Third Reich. The album has soft paper covers and is approximately 9 1/2 by 12 3/4 inches i size, containing 76 photographs of varying sizes. Several photos show one man in the Imperial Kriegsmarine uniform of the torpedo boat service. Other photographs show him later in life wearing a visor cap (as do others in the photos) that appear to have the emblem of a winged anchor on the peak. In several group photographs it can be seen that individuals wear caps with the insignia of various shipping companies. Finally, there are group photographs in which can be seen Third
Reich era kriegsmarine and luftwaffe officers. Some of the photographs indicate that they were taken in the port of Kiel. A truly intriguing photo album.