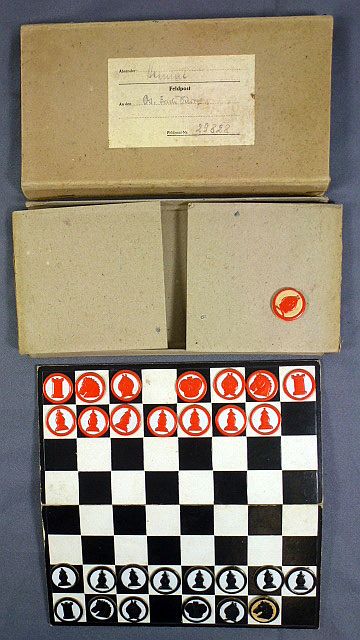 A chess set made to be sent to soldiers in military service, with a collapsible board and cardboard playing pieces in a mailing box with a feldpost label. This set was actually sent to a soldier in the unit which used feldpost number 29828. For much of the war this number was used by a supply unit but, later in the war, it was apparently used by a feldgendarmerie military police unit. The set is incomplete, with both the red and black sides being without the king. The red side is missing a pawn and the black side is missing a rook. There is, for some reason, an extra red bishop.