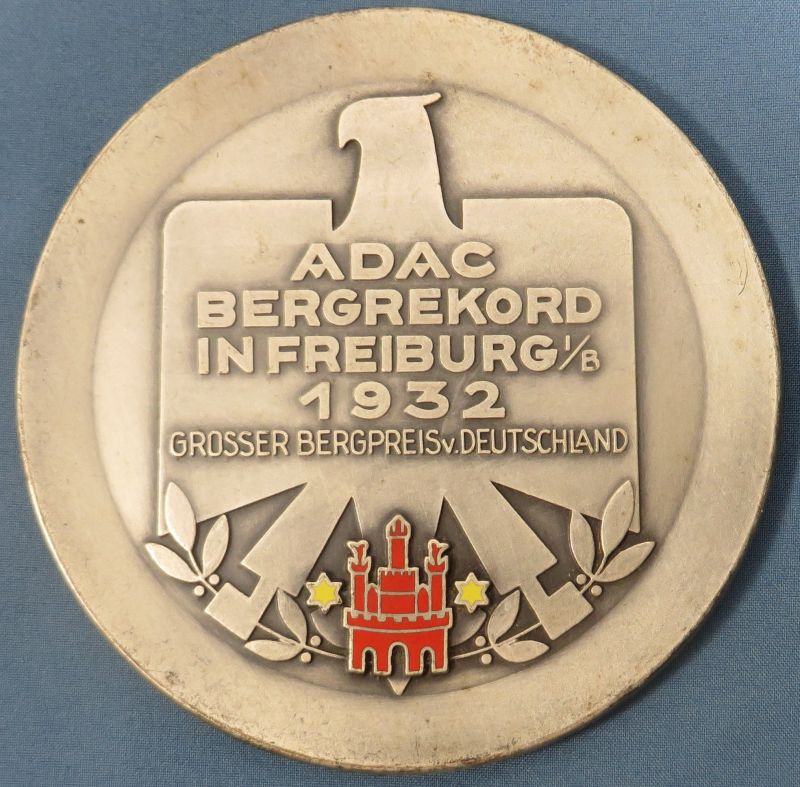 Approximately 3 1/8 inches in diameter, single sided, silver finish. Maker marked on the reverse by Klotz and Kienast of Munchen.

This medal was one of several pieces that were among the effects of NSKK member and Army Officer Gerhard Haeublein, who was killed in action on September 7, 1939, while serving with an armored reconnaissance unit. His father was Army General Georg Haeublein.