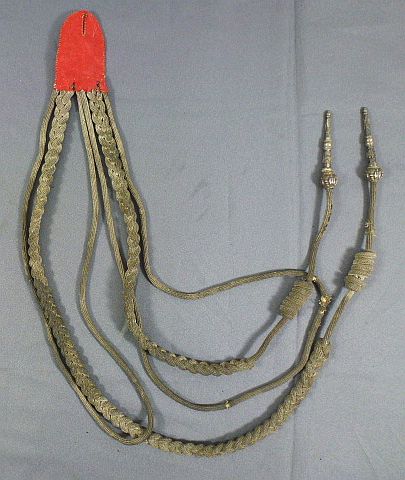 Circa late 19th or early 20th century dress aiguilette cords. Red wool mounting lozenge with a buttonhole, two braided cords with silvered metal “whistles” and two narrow looped cords. The cords are toned with age patina and there are a few spots where the cords are frayed, exposing the interior lining, but the set appears to be complete and intact. However, most such cords usually have narrow loops of thread to suspend the aiguilette cords from uniform buttons, and these cords have no such loops.