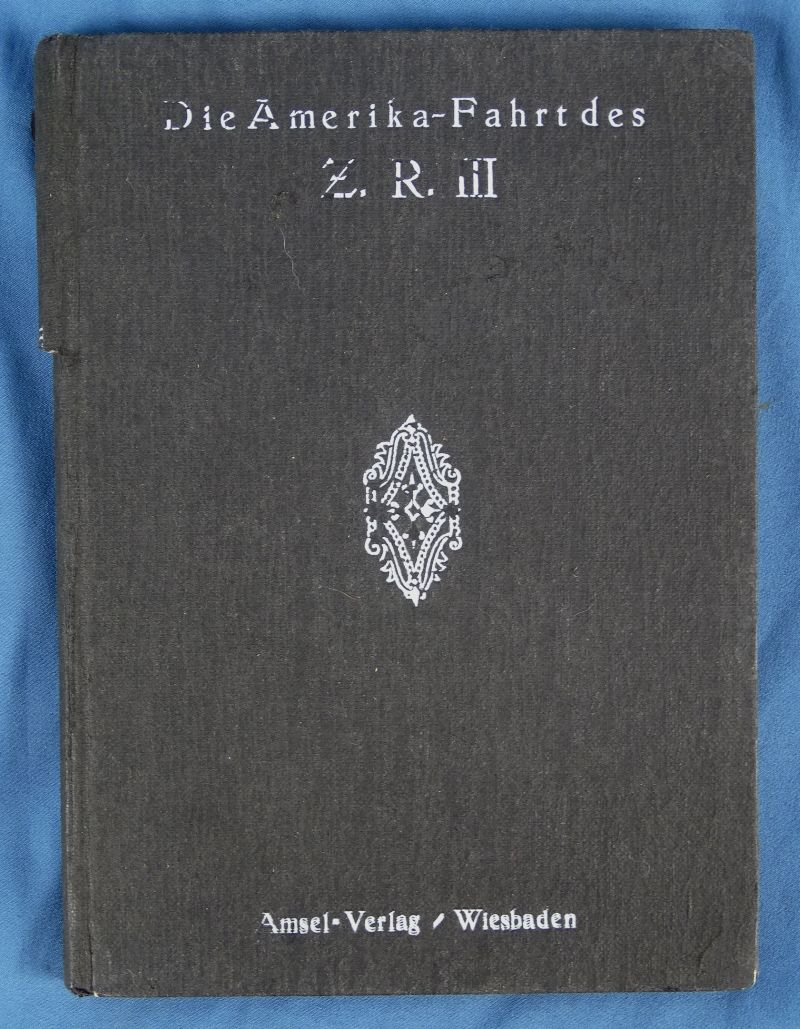 Hardcover, published 1925. 119 pages. Approximately 5 1/4 by 7 1/4 inches. The zeppelin Z.R. II was built in Germany in 1923-1924, and it was delivered to the United States Navy in 1924 as a part of the war reparations payments which Germany was required to make to the Allied countries after World War I. The Navy named the airship the “U.S.S. Los Angeles”. The book is in the German language, illustrated with photographs. The silver lettering on the black cloth cover shows wear. The spine has a tear.