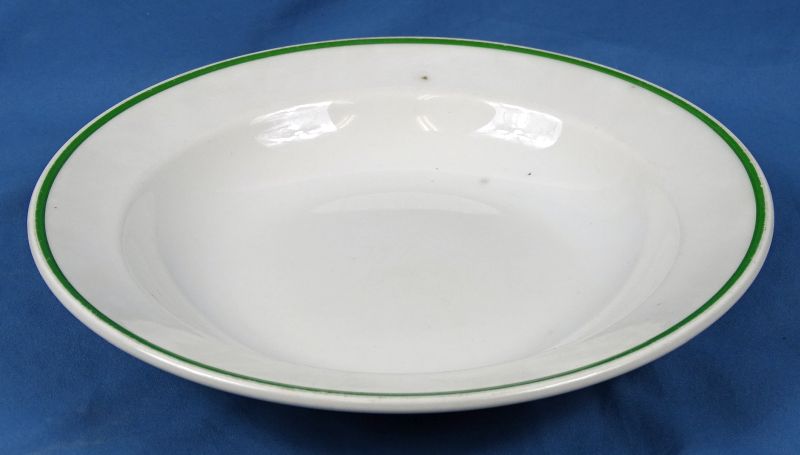 The soup bowl has a diameter of approximately 9 inches. The bowl shows some light spots, and there is a tiny dark spit on the bowl edge where the porcelain glaze did not adhere to the bowl. The base bears the cog wheel and swastika emblem of the Third Reich DAF Labor Front organization, as well as the name and manufacturer mark of the firm of Rosenthal porcelain in the city of Selb in Bavaria. The bowl is without chips or cracks. The bowl is a compelling artifact of the history of the Third Reich as reflected by its manufacturer. The Rosenthal porcelain firm was founded in 1884 by Philipp Rosenthal who, as a Jew, had the company taken from him in 1934. He left Germany and died in 1937, while his son (also named Philipp) would serve in the war and fight against Germany. The firm continued to produce porcelain during the war and, in 1950, five years after the allied victory, Philipp would regain ownership of the family business.