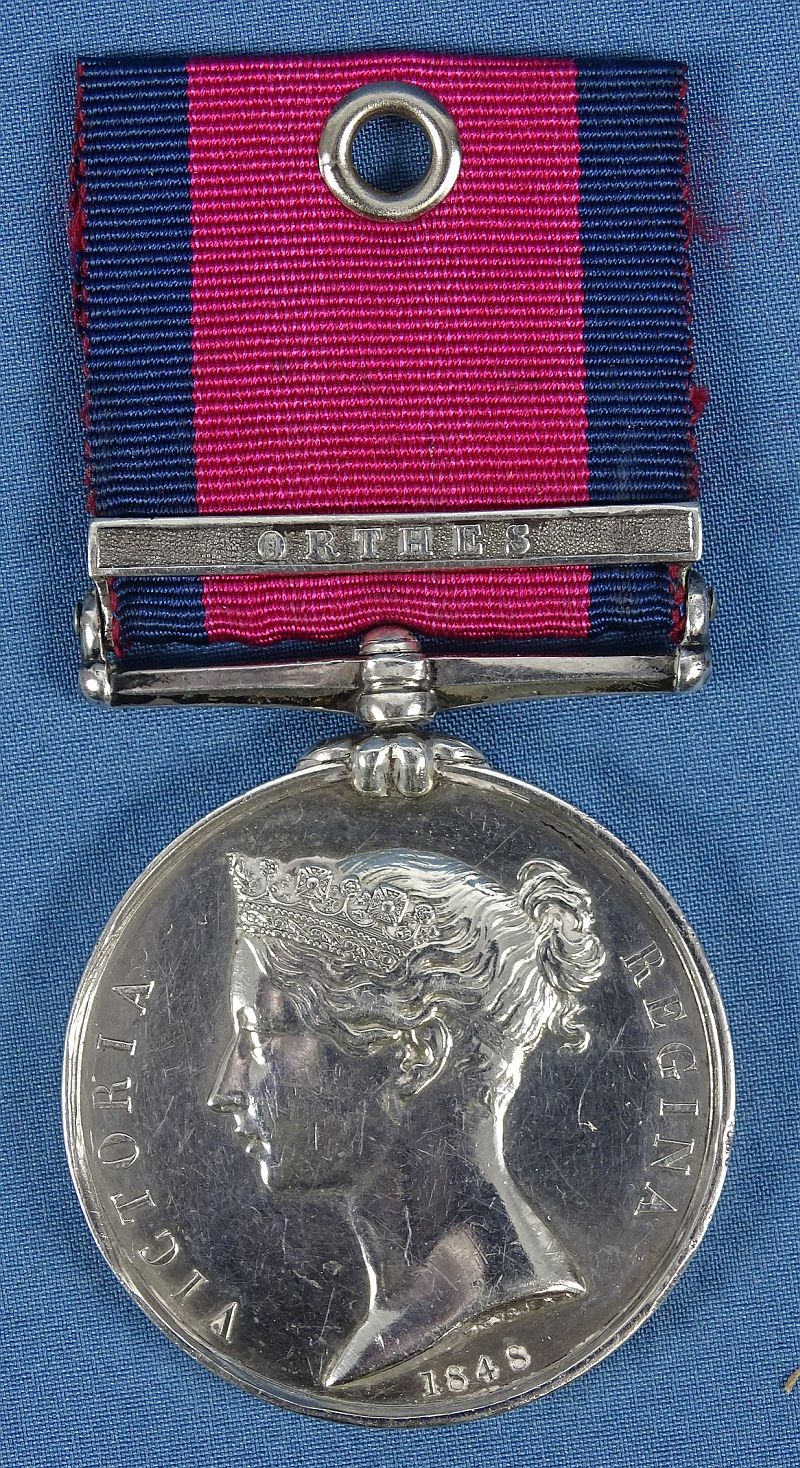 The medal is bright, with typical small scratches as well as some dents to the edge. The medal is named on the edge to “Richd. Livesay, 6th Foot.” . The medal is in overall very good condition, with excellent detail. The short length of ribbon has a metal grommet and bears the bar for participation in the battle of Orthes. From the internet regarding the service of the regiment in the Napoleonic Wars:

“The 1st Battalion went from Gibraltar to the Iberian Peninsula and were at Rolica and Vimeira in 1808. The battalion took part in the retreat to Corunna, losing 300 men during the march. The men were then shipped to UK before taking part in the Walcheren expedition before returning to the Peninsula in 1812. Present at Vittoha 1813 and heavily engaged at the later action at Roncesvalles. At the Heights of Echalar in August 1813 Wellington watched the regiment’s attack against 6,000 French in rugged positions in the mountains and described it as “The most gallant and the finest thing he had ever witnessed”. They were held in reserve at the Nive and were again heavily engaged at Orthes 1814. Once again, this so impressed the Duke that he subsequently scratched on the officers’ mess silver snuff box, which since 1785 had borne the words “Seek Glory”, the additional words “Huzza for the 6th Regiment Now Keep Glory”. “