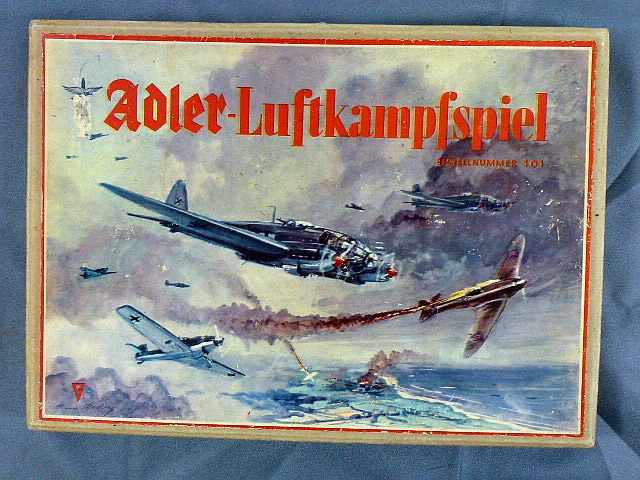 The box only for a Third Reich game titled “Adler-Luftkampfspiel”, or Eagle Air Combat Game. The box lid features a wonderful color graphic of two Heinkel He 111 bombers with fighter escort engaged on a mission over terrain that looks suspiciously like the coast of England. A fighter with what appears to be a British cockade on its wing is going down in flames. The box is about 8 3/4 wide by 12 1/4 inches long and about 1 inch deep. The bottom of the box has compartments that would have held the game pieces. There are a few minor scuffs to the cover, but overall the box is in very good condition, and it’s rather remarkable that something such as this survived at all.