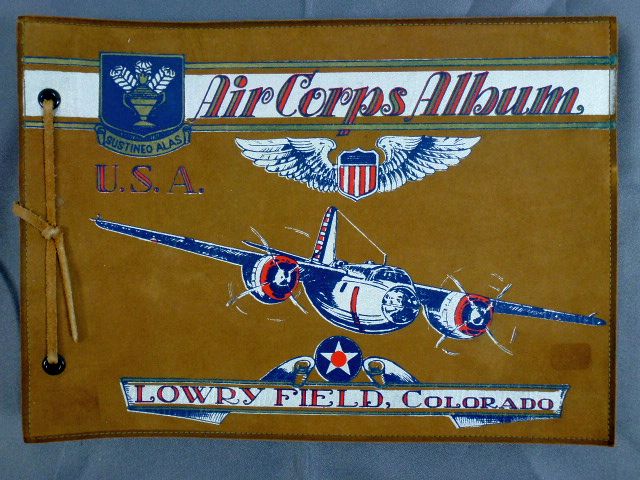 An essentially unused personal photograph album from World War II which measures 8 1/4″ X 11 1/2″. The first two pages have small remnants of celluloid photo mounts, and the second page has pasted to it a small newspaper clipping that reports on the promotion of Cameron K. Lane to the rank of Corporal in the Army air Corps, noting that he enlisted in January of 1941 and that he has been serving at Lowry Field in Colorado. The cover of the album is suede leather that is decorated with the colorful image of the B-26 Marauder bomber, as well as pilot wings and the “Lowry Field, Colorado” designation.