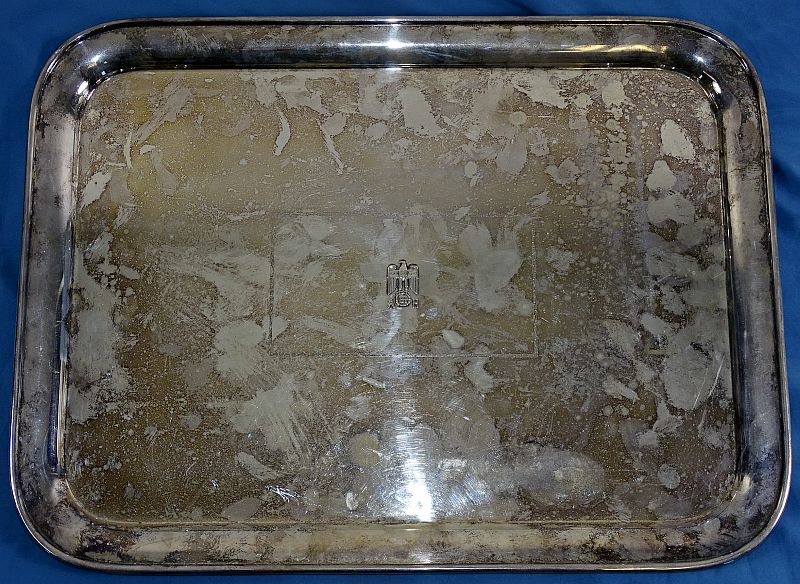 The large and heavy silver tray was created as one piece in the set of formal silverware that was presented to Adolf Hitler as a 50th birthday gift in 1938. The tray measures approximately 15 inches by 20 inches and weighs just slightly more than a massive five pounds. The center of the tray displays the relief closed-wing political eagle, swastika, and “AH” monogram, all surrounded by the rectangular classic “Greek Key” design, all of these being the distinctive characteristics of the formal pattern of Hitler’s 50th birthday silverware set. The reverse of the tray bears the distinctive “Bruckmann” silversmith name and its accompanying hallmarks, as were impressed on Hitler’s formal silverware. The tray has the mottled appearance of uncleaned and unpolished silver, and it is in overall excellent condition, without dents of damage.