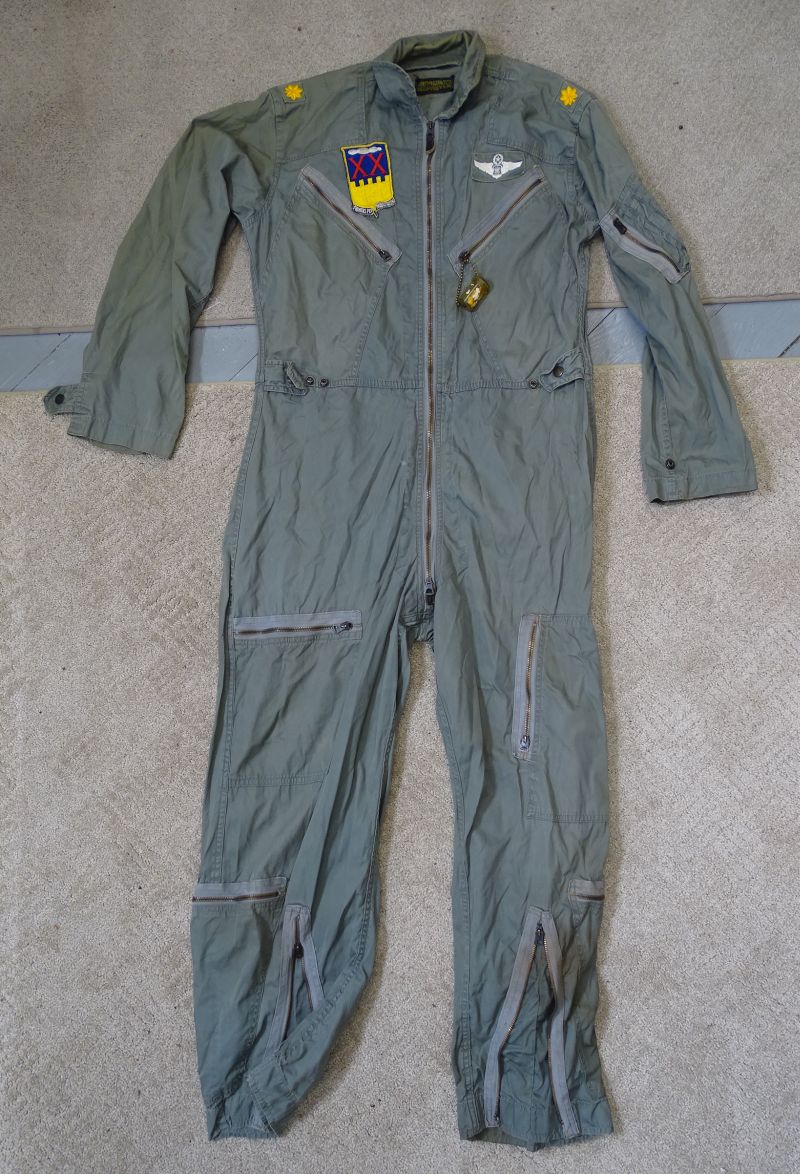 The flight suit bears an interior label which is dated 1959 and which bears the official designation of “Overalls, Flying, Men’s, Very Light, Type K-28”, and the suit is designated as a size Large Regular. On the shoulders are the cloth rank insignia of a Major. On the right breast is the patch of the 20th Air Transport Squadron, embroidered on twill. On the upper left breast are the embroidered wings of a Command Navigator. The flight suit shows spots, some soiling, and other signs of wear, but the suit is without tears, holes, or repairs and makes a very good appearance. All of the zippers are functional. Attached to one pocket zipper is a plastic container containing a pair of earplugs.