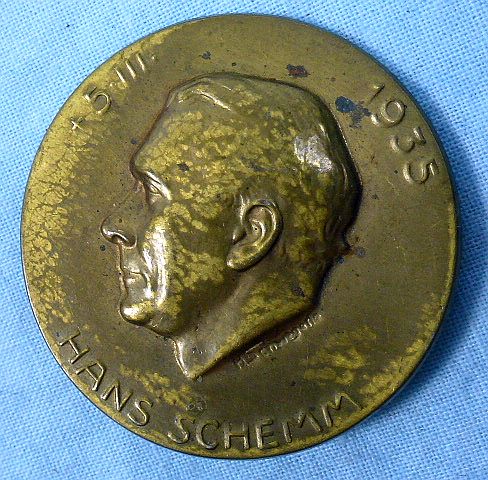 A little less than 1 1/2 inches in diameter. Schemm was a very early member of the Nazi party and an individual in whom Hitler placed great confidence. He was the Gauleiter of Bavaria and an SA Gruppenfuhrer. He died as the result of injuries sustained in a plane crash in 1935. He was memorialized in the Third Reich with schools and streets named after him. This tinnie was created upon his death in 1935.