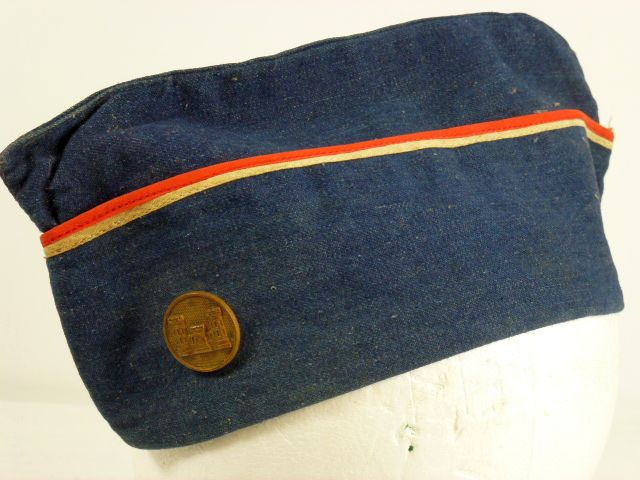 An exceptionally unusual 1920’s U.S. overseas cap in blue denim, piped in red and white for the Corps of Engineers, with an enlisted engineers collar disk affixed to the front. The term “denim” is actually an English language version of the phrase “des Nimes”, meaning “from the town of Nimes” in France, which was the production area of the blue cloth that became known as “blue denim”. This cap was certainly made in France during World War I and acquired and piped by a member of the Corps of Engineers. The name “Dale” is written inside of the cap. It is in excellent condition.