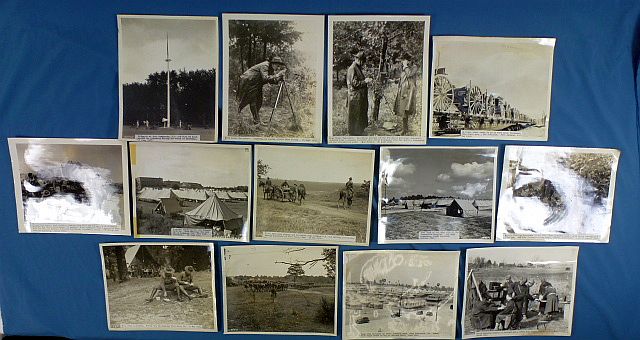 A group of 13 black and white U.S. Army photographs, 8 by 10 inches each in size, which depict various scenes from the peacetime army between 1934 and 1941. Many of the photos were taken during army maneuvers in those years. It is amazing to think that these photographs depict soldiers of the United States Army only a few years before the Second World War. Many of the scenes almost look as though they could date from 1917 and the First World War. All of he photographs have captions on the front or on the back or both. The photos show some wear but are in overall very good condition.