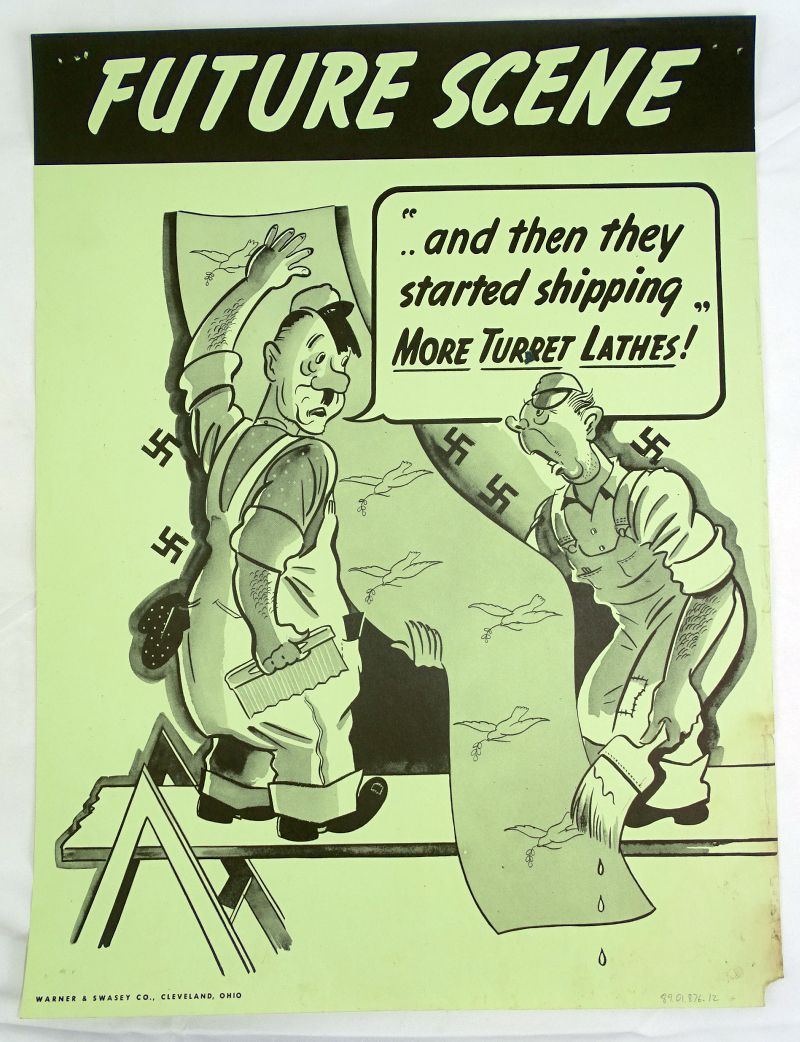 Approximately 15 by 20 inches. The poster is without fold lines but it has some spots and a small paper loss at the lower corner. The poster plays on the World War II era myth that Adolf Hitler had once been a paper hanger. The poster depicts Hitler having been forced to return to paper hanging because production workers had performed so well, particularly in the creation and shipping of “turret lathes”, a metalworking lathe that is used for repetitive production of duplicate parts, which by the nature of their cutting process are usually interchangeable. So the poster actually was promoting the increased production of industrial machinery that would, in turn, be used to increase the production of war materials.