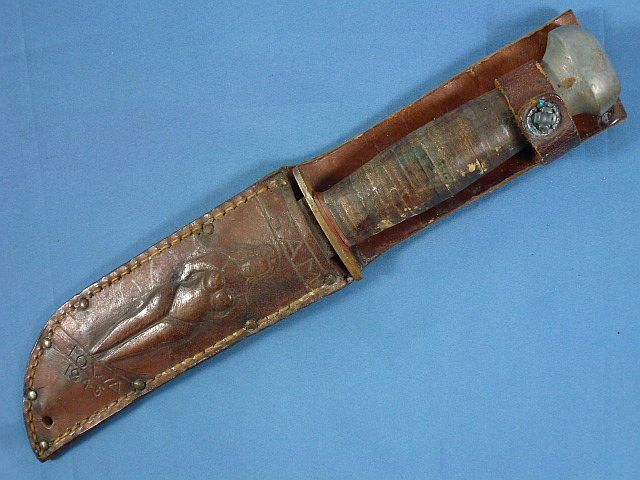 The PAL RH 36 knife was a blade that was purchased by the government for use by American troops before the introduction of knives such as the M3. This example is the type that had a bright plated blade, as opposed to a Parkerized blade, which was also made by PAL. The blade on this knife shows significant wear to the plated surface as well as surface rust. The ricasso is clearly marked with the PAL designation. The leather washer grip shows wear and verdigris. The leather sheath has a rather naughty frontal image of an unclothed woman, rendered in relief. The sheath also has the name “Sam” and “Iowa 1945” incised into the leather. The sheath shows moderate wear, but overall this is a knife that undoubtedly saw much during its service life.