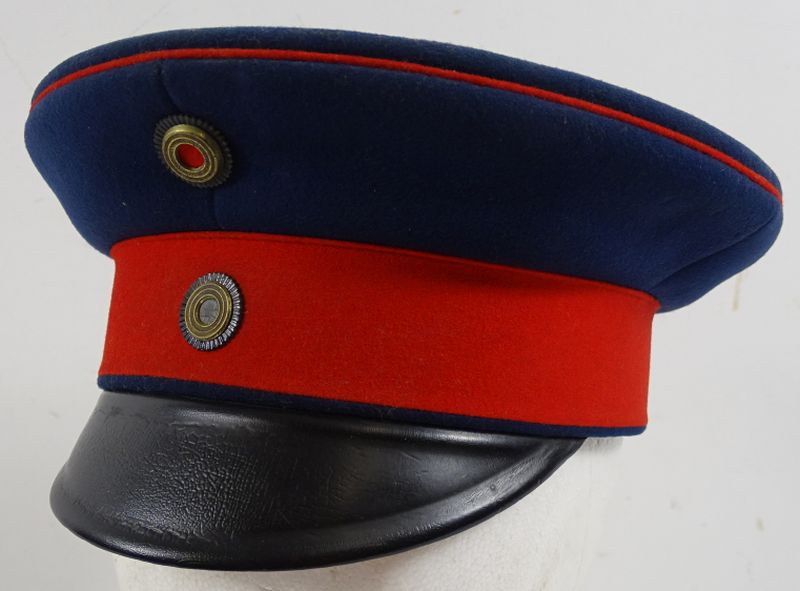 The cap is constructed of a quality blue wool with red wool cap band and black leather visor, the medium blue body and red cap band being the colors used by the infantry branch. The front displays officer quality cockades, with the Prussian cockade on the cap and and the national colors cockade on the peak. The full leather sweat band is present on the interior. The cap is somewhat dusty on the body, and there are several moth holes on the cap band on the right side. There is a spot on the bottom edge where the wool has worn away at the corner of the visor, and the stitching has come lose at the opposite end of the visor, leaving that end just a bit lose, but the visor is fully intact and secure on the cap. The interior is lined with beige silk, and bears the name stamp of “Oberpostalinspektor, R.I.” Robert Spillner, indicating that Spillner served as a senior postal inspector of the Prussian reserve infantry. The metal initial tags of “R” and “S” are affixed to the interior leather sweat band. The cap makes a very good appearance.