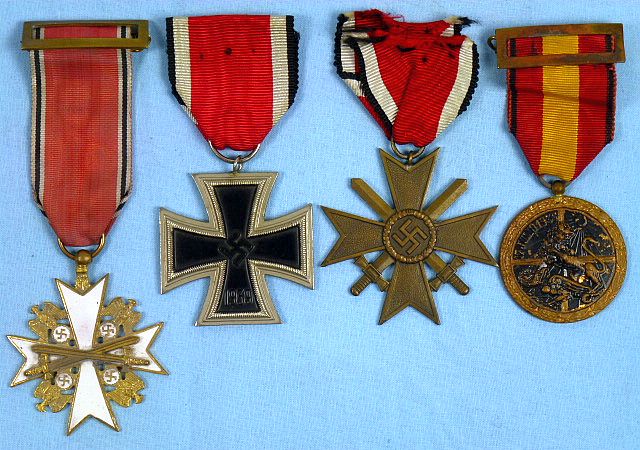 Group of four medals consisting of the Order of the German Eagle, 5th Class, with swords; 1939 Iron Cross, second class; 1939 War Merit Cross, second class with swords; and the Spanish Civil War Campaign Medal. All of the medals are classic Spanish construction and were officially produced by the government of General Francisco Franco for wear by those Spanish citizens and soldiers who had been awarded the decorations by the Third Reich. The exception is the Spanish Civil War Campaign Medal, which was itself a Spanish government award. It was given to both Spaniards and Germans who participated in the civil war on the Loyalist side of Franco. All medals are in very good condition.