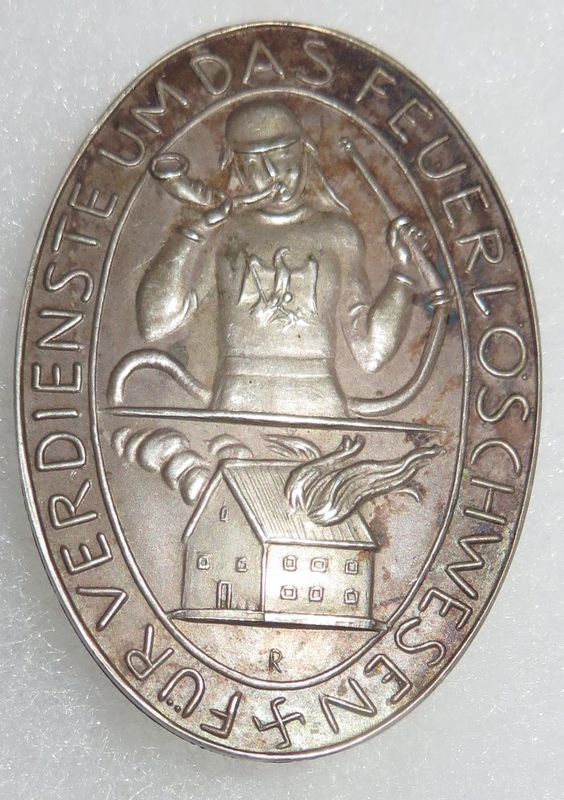 The medal was instituted on 21 December 1933 by the Prussian Minister of the Interior who awarded it on the recommendation of the Prussian Chief of Police. It was awarded for;
a) Any special act of bravery or merit.
b) 25 years continuous service in the fire brigade.
The award was discontinued on 22 December 1936 with the introduction of the Fire Brigade Decoration – First Class, and the Fire Brigade Decoration – Second Class, medal.