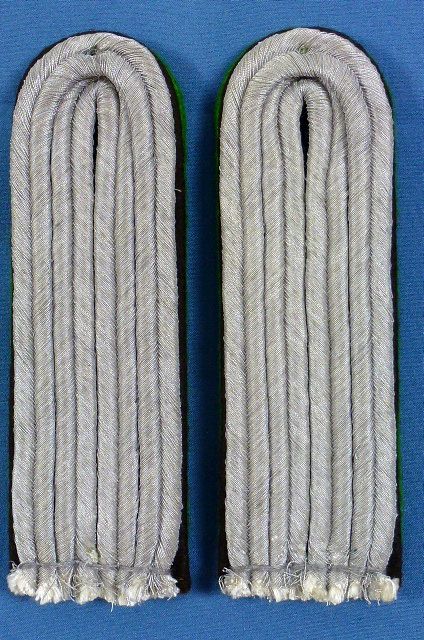 A pair of sew-in style shoulder boards for an Untersturmfuhrer in the SD, or Sicherheitdienst, the security service of the SS. Silver cords with a black underlay on a toxic green base. Very good condition showing light use.

This insignia was one piece in a large group of Third Reich cloth insignia (and a few medals) which were collected by an American soldier in Europe between August of 1944 and May of 1945. The veteran later assembled the insignia into a large framed display. This piece of insignia is from that display. Photographs of the complete group of insignia as collected by the American veteran during the war are included in this listing.