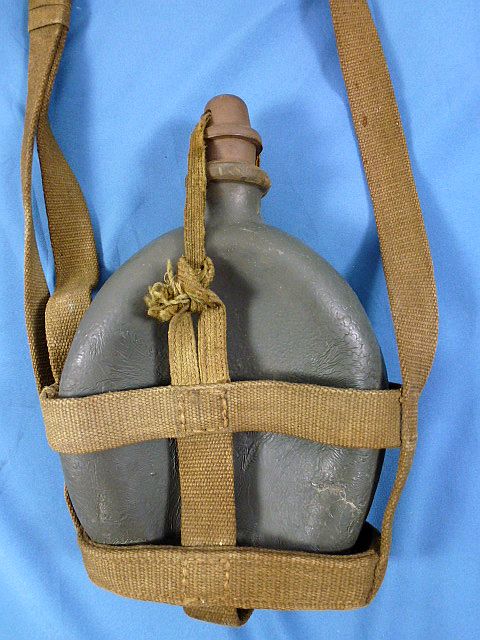 The rubber canteen was introduced late in the war in an attempt to conserve precious aluminum. The canteen is complete with its wooden stopper, stopper tie, and carrying harness. The canteen shows the typical contraction of the rubber which is seen in almost every surviving example of these scarce canteens, and in fact the canteens were an expediency measure that were not actually expected to last very long at all. This example is in very good condition with the rubber mostly soft.