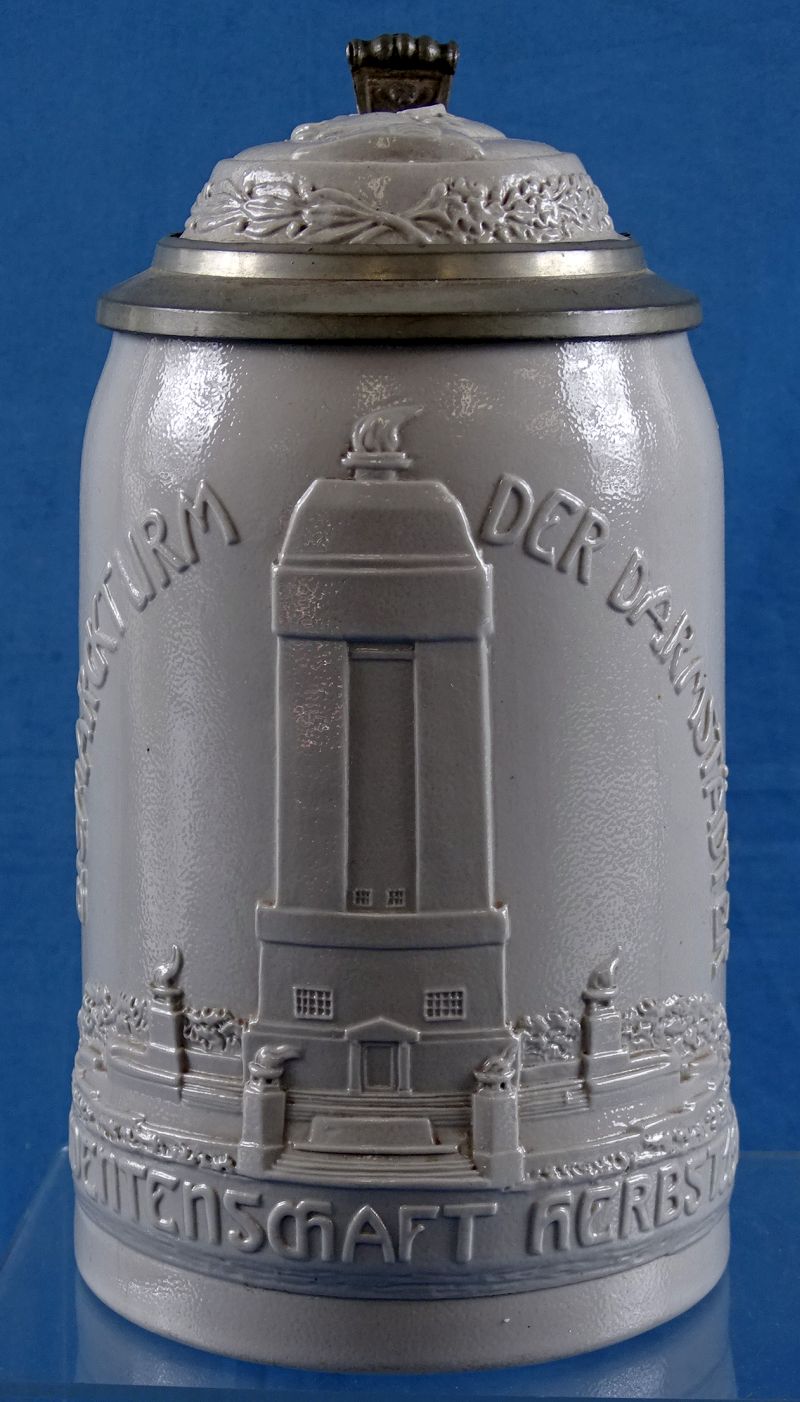 A 1/2 liter stoneware stein, with a relief rendering of the “Bismark Tower” in Darmstadt and the designation of the “Student Body Autumn 1908”. Near mint condition, without chips or cracks. The lid features a relief portrait of Bismarck. The base is manufacturer marked by R. Merkelbach. From Wikipedia: “A Bismarck tower (German: Bismarckturm) is a specific type of monument built according to a more or less standard model across Germany to honor its first chancellor, Otto von Bismarck (d. 1898). A total of 234 of these towers were inventoried by Kloss and Seele in 2007, but more have been discovered since making the total around 240. These towers were built between 1869 and 1934 and some 173 remain today. Quite a few of these towers, including all 47 based on Wilhelm Kreis’s Götterdämmerung design, were built as so-called Bismarck Columns (Bismarcksäulen) or were converted into them. This description goes back to the Student Union’s competition held in 1899, which was to encourage the erection of as many beacons as possible (and not observation towers). But other Bismarck towers, e.g., those that were purely beacons with no observation function, were often called Bismarck columns.” (Footnotes omitted).